This is an applicable version for NeuralEE.

Our datasets loading and preprocessing module is based on scVI v0.3.0. How to download online datasets or load generic datasets is the same as scVI v0.3.0.

For example, load the online dataset CORTEX Dataset, which consists of 3,005 mouse cortex cells profiled with the Smart-seq2 protocol. To facilitate comparison with other methods, we use a filtered set of 558 highly variable genes as the original paper.

Load the h5ad file for BRAIN-LARGE Dataset, which consists of 1.3 million mouse brain cells and has been already preprocessed and remained by 50 principal components.

For other generic datasets, it’s also convenient to use GeneExpressionDataset to load them.

There are a number of parameters that can be set for the NeuralEE class; the major ones are as follows:

The embedding steps are as follows:

a). Calculate attractive and repulsive matrices for the dataset.

If EE and NeuralEE without stochastic optimization will be used, it could be calculated as:

Or NeuralEE with stochastic optimization will be used, for example, 10% samples for each batch, it could be calculated as:

If EE will be used, it could be calculated as:

If NueralEE will be used, it could be calculated as:

Computer memory is mainly allocated for saving attractive and repulsive matrices, which is approximately calculated as follows:

Hyper-parameters selection of NeuralEE on large-scale data is limited on computers with limited memory.

This dataset is quite small, so we directly apply NeuralEE.EE and with (lam =10, perplexity =30). And it could finish in several minutes on CPU, and in several seconds on GPU. 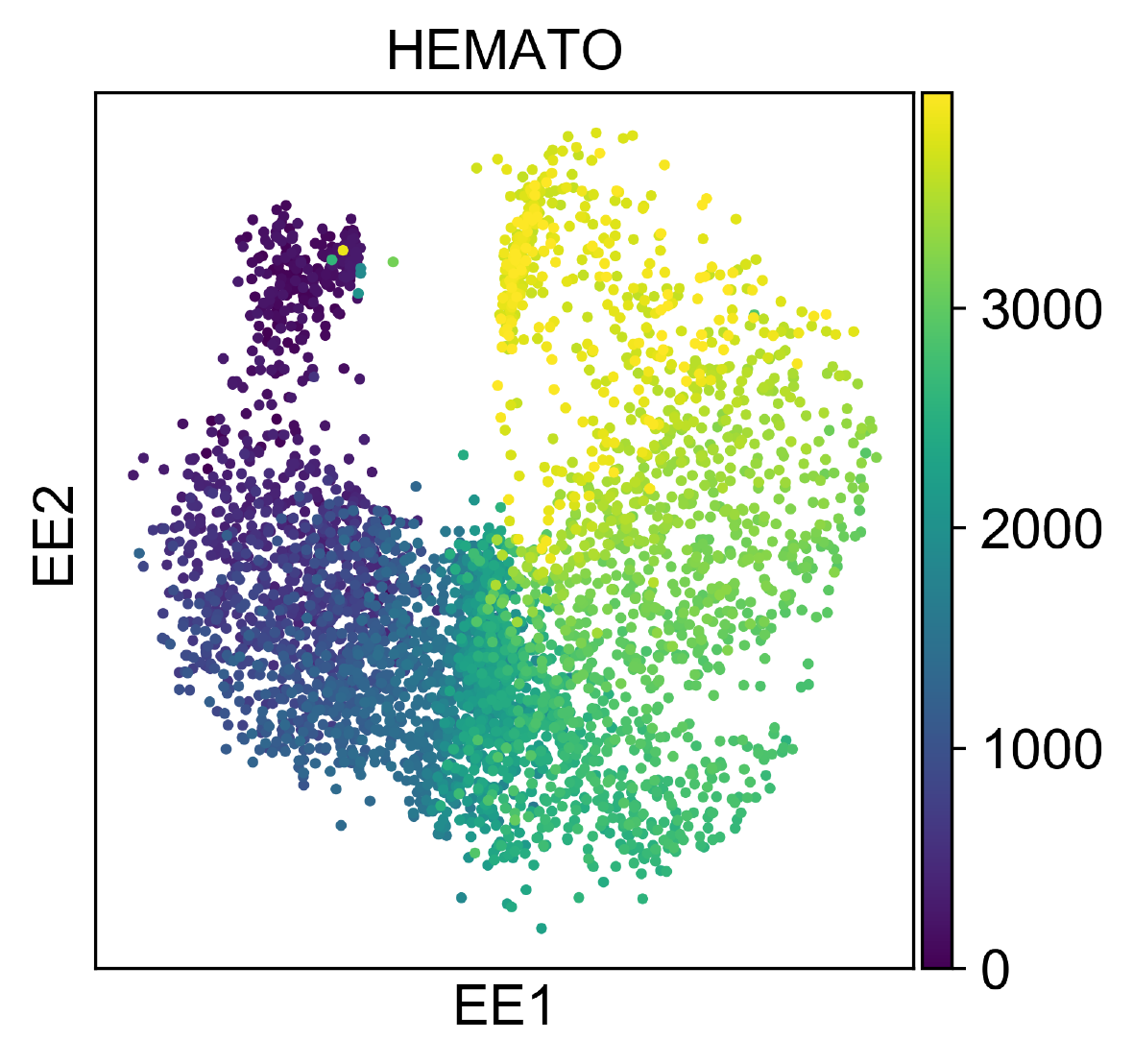 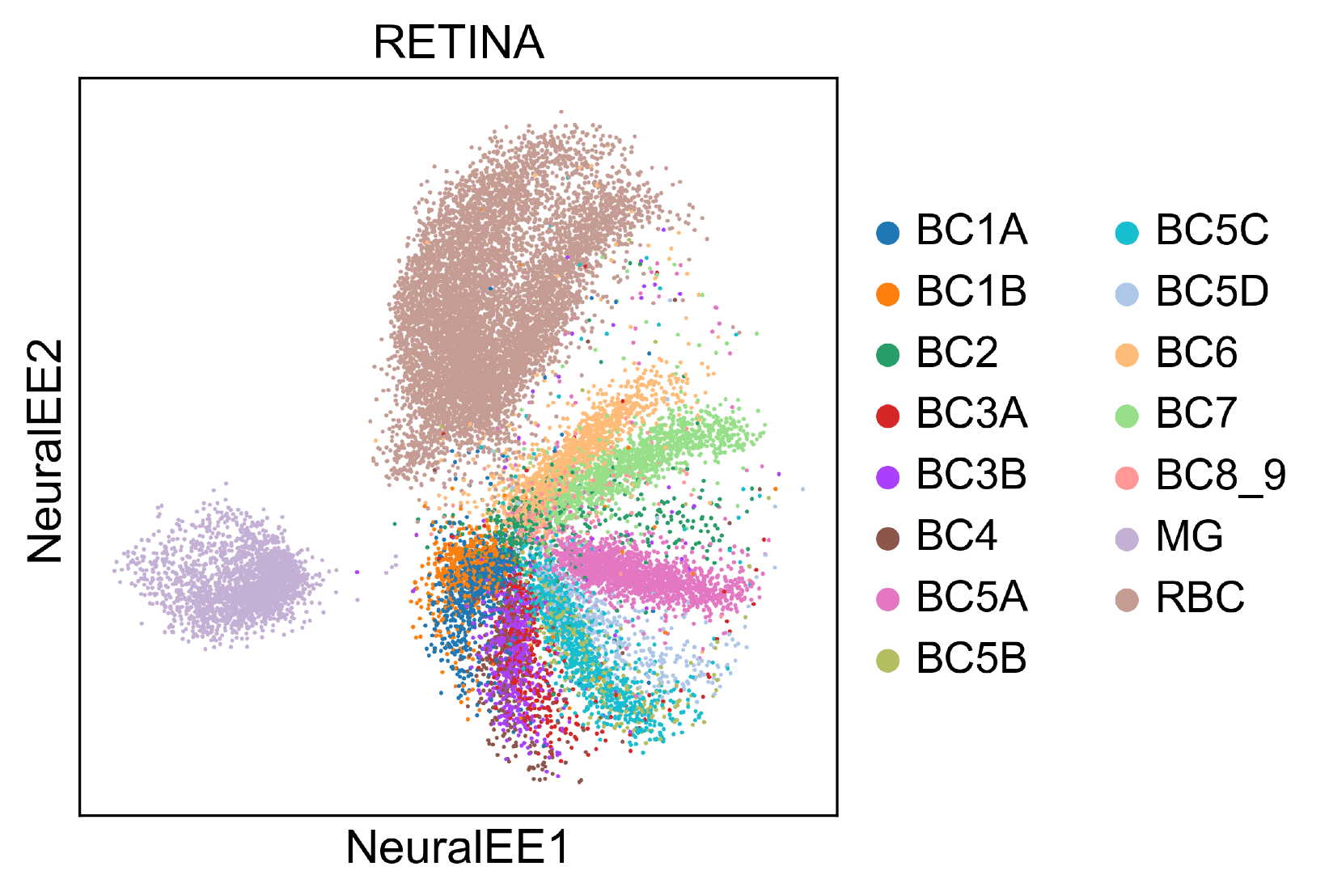 To reproduce this, check at Jupyter notebook for RETINA dataset.

This dataset is quite large, so it’s very difficult to apply EE. Instead, we apply NeuralEE with (lam =1, perplexity =30, N_small =5000, maxit =50, pin_memory = False) on a normal GPU, equipped with 11G memory (when set pin_memory as False, It also works on a GPU of limited memory and only uses less than 1G memory). It needs at least 64G computer memory to save data, and it could finish less than half hour. 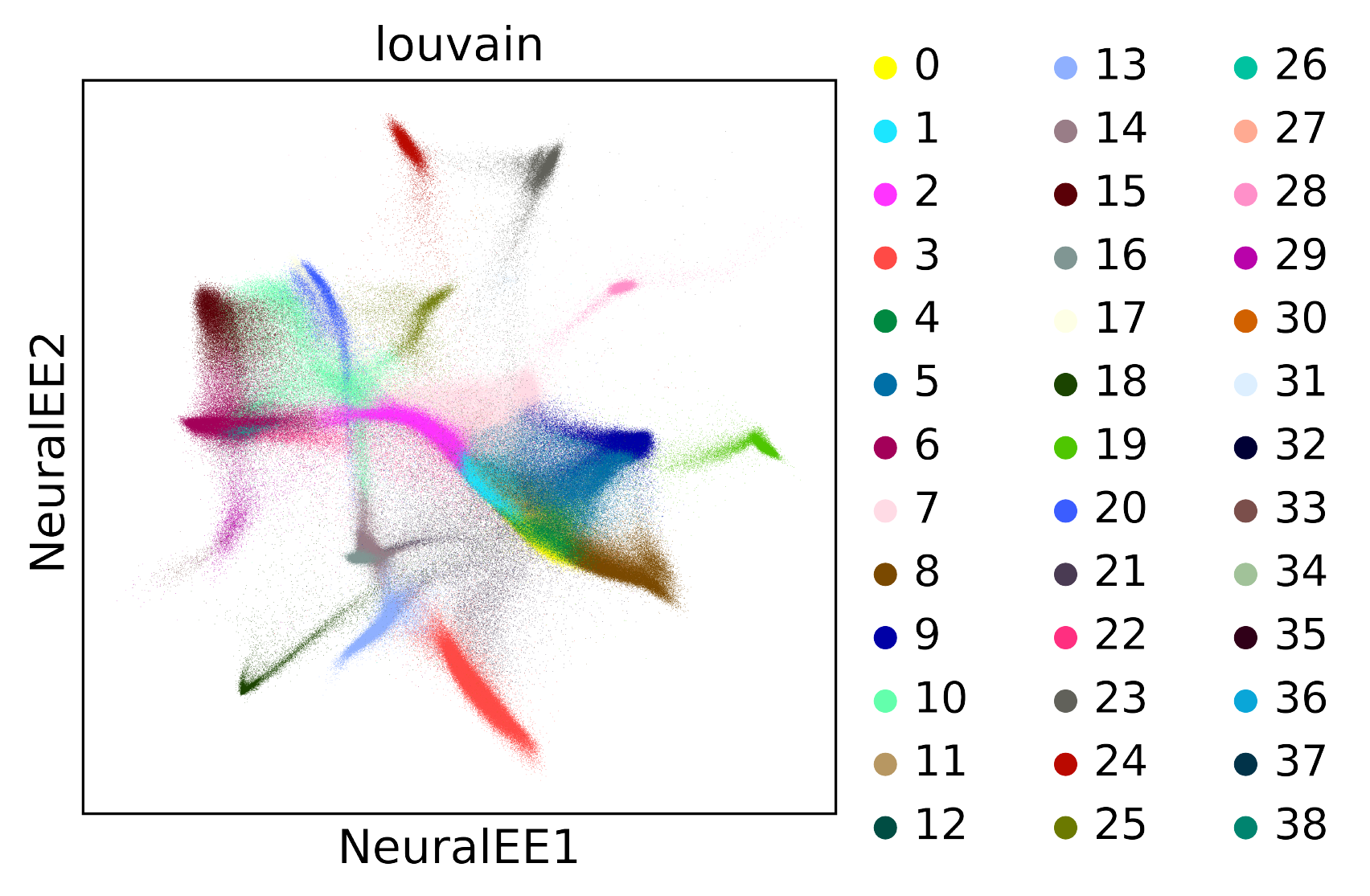 To reproduce this, check at Jupyter notebook for BRAIN-LARGE dataset.